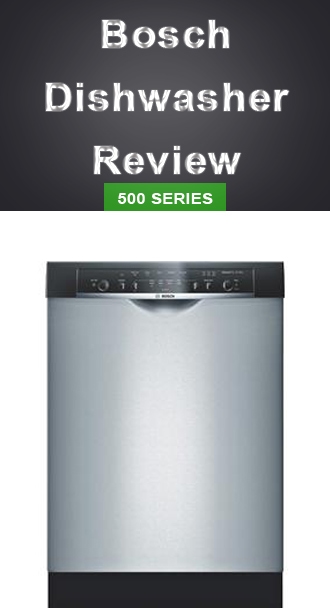 In the major home appliance industry, certain brands excel in certain areas, and in the world of ultramodern dishwashers, Bosch is king. For years, Bosch dishwashers have been amongst the top-rated and most popular units on the market, but their most recent 500 Series models are truly a cut above the rest.  Solidifying its position as the leading dishwasher brand in North America, Bosch’s unparalleled German engineering offers the quietest, most unobtrusive dishwasher line, while maintaining superior performance at competitive prices.

In 2012, Bosch dishwashers earned the top J.D. Power and Associates’ Kitchen Appliances Study score by ranking highest in overall customer satisfaction, functionality, and reliability.  The accolades don’t stop there either, as the Bosch 500 Series have been applauded by leading consumer resources such as Good Housekeeping, Consumer Reports, Energy Star, and of course the most important critics, their customers.

Bosch has gone to great lengths to minimize the most intrusive and bothersome aspects associated with dishwashers.  Cycle time has been greatly reduced, as well as the amount of water used per load, but the most significant improvement is in the noise, or lack thereof when running a load.  Noise and cycle time are important if your dishwasher is near where the family spends time relaxing, talking, or watching television.  A loud dishwasher with a long cycle time can be very annoying, so Bosch added three layers of sound-absorbing insulation, as well as a molded base and nearly frictionless motors, providing top performance with minimal volume.  These features make it so sound has nowhere to escape, and internal noise and vibrations dissipate inside the unit.  Bosch has also eliminated the need for a loud internal disposal, thanks to its revolutionary Triple Filtration System, which assures the pump is free from foreign materials without generating a single decibel.  Bosch 500 series dishwashers are so quiet in fact, that they employ a special light on the front panel just to let you know that it’s running.

New Bosch dishwashers also offer stunning visual appeal and customizable internal and external options.  Their built-in units use custom exterior panels which match the cabinetry scheme in your kitchen, so that your dishwasher virtually disappears for a sleek, uniformed look.  Internally, pots and pans are easily cleaned by eliminating or adjusting the top rack and adding an included sprayer attachment. Single-row, flip-down tines make room for long dishes, and the twin silverware rack can be configured singularly, attached at the side, or back to back according to your needs.  Bosch has even eliminated the use of a heating element, which saves space, as well as eliminating the possibility of plastics falling though the racks and melting.

Bosch 500 Series dishwashers beg the question, “Why can’t all products be so thoroughly thought out and produced with the customer’s best interest in mind?”  The fact that these units perform at such a high level is commendable to Bosch.  While other manufacturers are concerned with delivering products that achieve bottom line expectations with a secondary consideration towards quality, Bosch gets it right the first time, achieving and exceeding both economic and practical expectations.